Boris Johnson plays EU at its own game: PM to mount pressure on Brussels to get deal done 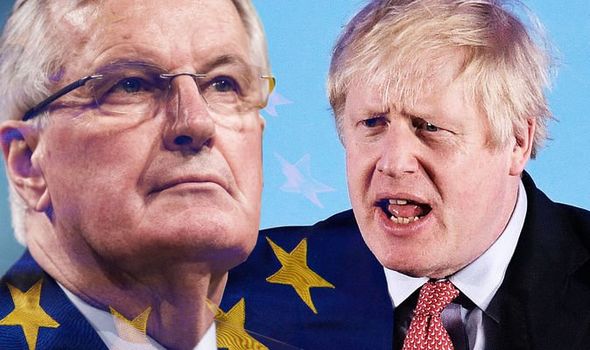 BORIS JOHNSON will intensify pressure on Brussels in his push for a trade deal next week by publishing a draft treaty for the UK's future relationship with the bloc. The Prime Minister's proposal for Canada-style agreement between Britain and the EU, with zero tariffs on most imports and exports, will be set out in detail in a series of legal texts to be released ahead of the second round of trade talks.

August 18, 2019
BREXIT PARTY leader Nigel Farage has delivered his instant reaction to the no deal Brexit leaked dossier which has warned about the catastrophic impacts of Britain not securing an agreement with the bloc and leaving the EU at the end of October this year.